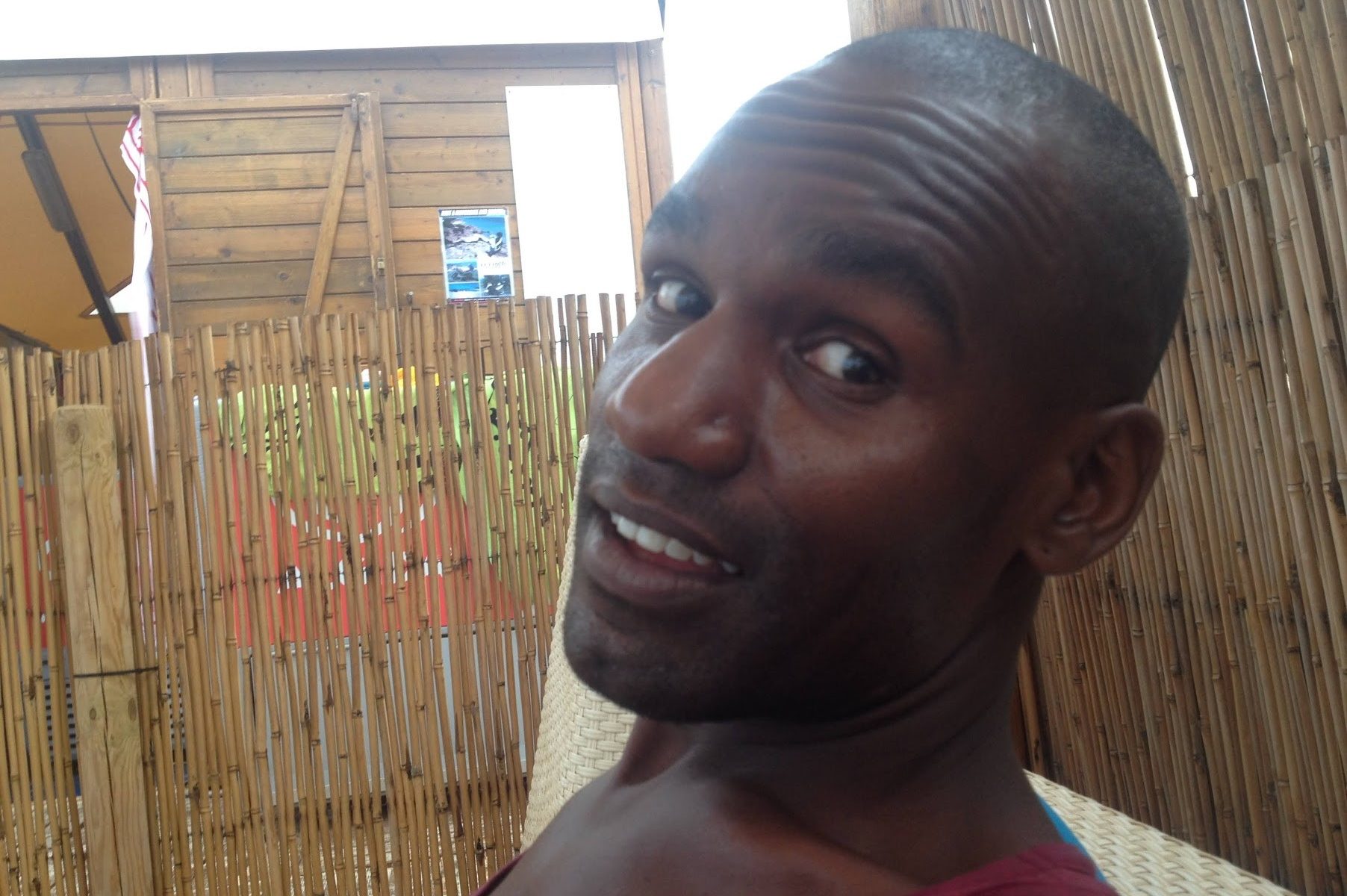 Toni Morrison identified her struggle to embrace ‘Black Is Beautiful’, the slogan that emerged in the 1970s. Morrison understood the mantra’s popularity and emergence as a social political tool of the Black Power Movement of the time. Black WAS beautiful, and Morrison questioned why the statement needed to be said. When I arrived at a Black Lives Matter (the demo and the broad political movement) I felt a similar conundrum; holding a measure of discomfort with the need to say Black Lives Matter with a measure of trepidation in my ability to verbally articulate what should be universally understood. Of course, Black Lives Matter.

In my native Chicago I joined demos to protest police brutality beginning in 1991 with demos against the senseless beating of the Black motorist Rodney King by Los Angeles cops. Later I joined a political group ‘Queer to the Left’ to help bring attention to race and class issues in LGBT communities. Into my 20s before moving to the UK; demos became spaces to not only protest; they were locations of connection and engagement with others, where ‘I’ became ‘WE’ to make a collective registration of discontent and anger.

Over 20 years living in the UK, my connection to spaces of protest changed. At anti-war demos before Bush’s invasion of Iraq; or even at more recent demos directed at Trump, as a Black American, I became more aware yet not distracted by the predominance of white people in these spaces of protest. I continued to connect through a universal protest and a universal(ish) narrative of No War.

The week following George Floyd’s death, I decided not to attend most Black Live Matter domos that took place. On demos, I expect to have conversations with strangers; conversations about our intention for being in the space, and frequent conversations about a shared collective purpose. Spaces of protest are spaces of learning or they should be. Nevertheless, I was unsure how to negotiate anticipated conversations with white people; conversations that require an emotional capacity to do work; work required when/if one accommodates for another person’s learning and processing. I did not think I could do this work at a Black Lives Matter demonstration in spaces of protest as British as Hyde Park and Parliament.

With protest aims so layered and complicated; and as layered and complicated as the statement ‘Black Lives Matter’ itself, I thought the demo focused on the American Embassy seemed safe; politically and emotionally. The crowd was dense and as I stood in a Black political space, I quickly felt how it was not a Black physical space. Outnumbered by white people; I was distracted and overwhelmed by the multiple ways white people held the space.

Based on overheard conversations, I surmised some white people were newly ‘woke’; able to see; perhaps even accept, the argument that inherent privileges come with whiteness. Near me and seemingly everywhere that day, was a large presence of young white men who occupied the space differently; and with a confident swagger that seemed arrogant. Some of them had cameras. They took pictures of me without permission; and did so in locations above me. White men stood above me and pointed their camera at me. Their occupation of a Black political space unsettled me. Hearing them yell Black Lives Matter amplified unsettled feelings or how the kids say it, they ‘triggered’ me.

Some white people lead the crowd in the call/response, a fundamental unifying element of every demo, rally, and march. I felt particularly unsettled when white people led the chant ‘NO JUSTICE/PEACE; and more so when white people yelled ‘SAY HIS NAME/GEORGE FLOYD.’ Then the crowd yelled out an unexpected new slogan at least new to me; ‘BLACK SKIN IS NOT A CRIME.’ Hearing this, I stood verbally paralyzed. I was unable to form my lips around those words. I was also unable to name what I felt. Eventually a Black woman turned to me and said, ‘I’m not responding to white people leading THAT call.’ Paralyzed no more. YES! I yelled.

In London on the approach to the Embassy there was no social distancing and not much organization. With no effort I clearly heard conversations of people around me. There was no space to process the complexity of the situation with people who were part of my group. Aware if I engaged in a conversation, other white people would hear me. Risky work is required to hold white people’s engagement with racialized politics and especially risky without knowing if/when a white person experiences a moment(s) of clarity that contributes to an awareness and understanding of white privilege. The work required to accommodate a white person’s process of knowing and understanding can be risky because it can lead to what writers call racial fatigue. This work can be especially risky without knowing if work has been done since those moments of clarity.

Over time in work and social spaces, Black people gain an increased awareness of white fragility; and the potential consequences if one triggers; offends or makes white people feel uncomfortable about race; theirs/yours. Many white people around me asserted their allyship without asking me if I wanted it. A component of Black survival is the ability to negotiate (at times carefully) around white fragility. To do so is especially challenging when white people assert their allyship on matters of race along with the entitled assumption that being an ally is of mutual benefit; and should be welcomed. White privilege in operation; to not ask if allyship is wanted; or to critically interrogate the self to assess if enough work has been done to be a mutually beneficial ally.

On the approach to the Embassy I witnessed a range of ways Black people accommodated for white people’s learning and processing. But a concern derives from my awareness of the potentially exhausting work to accommodate white people who seemed to have not done the work; any work; other than showing up with a sign. I wondered if young Black people considered and scrutinized their own capacity to accommodate. How much space had they allotted for their own processes and processing to avoid the draining effects of racial fatigue? Overhearing some conversations, I wanted to offer young Black protestors words of caution given to me years ago by a Black American feminist/activist friend.

“To guard their precious intellectual and psychic energies; and to not cast their precious pearls before the wilfully ignorant who masquerade as allies. That they may be friends/acquaintances may give a false hope that a desire to UNDERSTAND is mutual when what is going on is spiritual vampirism.”

I am also challenged by what is at times a disproportionate focus on the Black American experience above other Black African Diasporic experiences in the West. There is a risk of amplifying what goes on in the USA over and above what has happened/is happening in the UK and elsewhere in the Western Black Diaspora. At the Embassy protesters held the Black Lives Matter narrative without a collective ability to specify the narrative to a UK context. In naming those killed by the police; Black American deaths were disproportionately represented: Trevon Martin; Breanna Taylor and obviously George Floyd. Interestingly the crowd called out Stephen Lawrence’s name a few times; but Mark Duggan’s name was called out just once.

Throughout the West there has been a long war on Black people which is why the Western Black Diaspora and indeed much of the world responded to the death of George Floyd. Still across the Diaspora, Black people must articulate specific demands to their respective governments and societies; and by societies, I mean the white majorities in their respective countries. Black people must be aware of the need to avoid and negotiate around encounters of white fragility; and “to guard their precious intellectual and psychic energies”. And to the powers that be; and among them especially white people with historical and contemporary racialized privileges; do not deflect to the USA. ‘Use this opportunity to get your own dirty house in order (to quote a Black British feminist friend).’ Reflect on your history; your privileges and your fragility; do the work. But importantly, until you do this work, please leave Black folks out of it. This is what an ally looks like.